http://www.finmin.nic.in/the_ministry/dept_eco_affairs/budget/10Year_NSC_Launch.pdf
Posted by Amulya at 2:55:00 PM No comments:

Confirmation Examination in PA Cadre has been removed

Confirmation Exam: - In the revised PA recruitment rules, the confirmation examination has been removed. There is no examination hereafter. All will be confirmed by DPC committee as per 6 (i) (12) of the said rules. This is a major achievement so far our P3 Comrades. 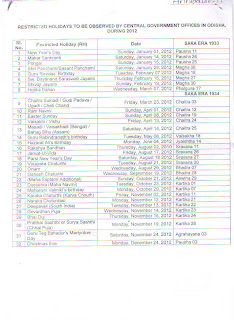 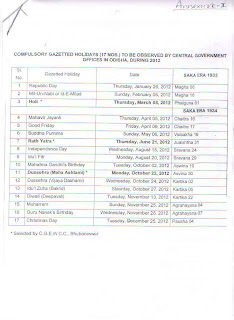 Please eMail us and support us

Dear Comrades,
Please encourage us by viewing our posts and giving your bonafide suggestions. Please mail us at our ID secyaipeuckn@gmail.com for any query or assistance.

DEPARTMENT OF POSTS HAS NOTIFIED RECRUITMENT RULES, 2011 FOR POSTAL ASSISTANTS AND SORTING ASSISTANTS, THESE HAVE BEEN PUBLISHED IN OFFICIAL GAZETTE ON 3.11.2011.

Ministry of Communications & IT

To
All Chief Postmaster General

Subject: Framing of Recruitment Rules in respect of Postal Assistants/Sorting Assistants in Department of Posts.

I am directed to forward herewith a copy of revised Recruitment Rules dated 3.11.2011 for the Posts of Postal Assistants/Sorting Assistants in Department of Posts notified in the Gazette of India, Extraordinary, Part-II Section 3, Sub-section (i) dated 3.11.2011.

It is requested that the provisions of Recruitment Rules may be brought to the notice of all concerned.